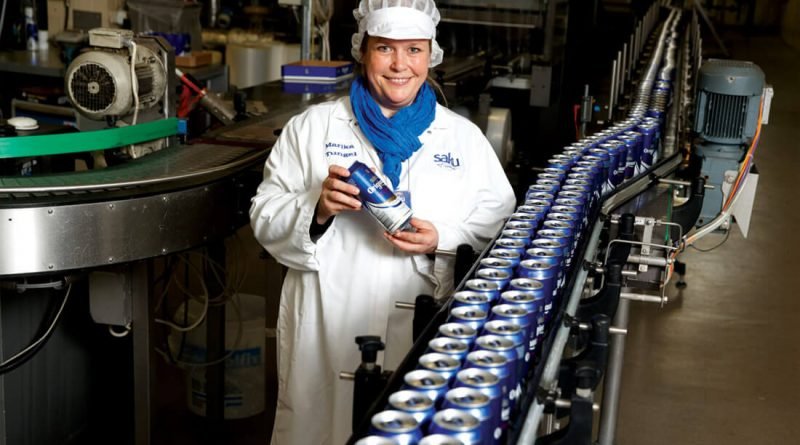 Saku Olletehas, once a brewery in an estate of the privileged, now is a part of giant international corporation, Carlsberg. Despite the fact, that Estonian company gained the exclusive right to resell at home well-known international beer brands such as Tuborg and Carlsberg it proudly sticks to its domestic beer, particularly Saku Originaal. It was the first “modern” beer in Estonia since 1994 and still the best known Estonian brew both at home and abroad. In a competitive environment company stay strong with its experience of almost 200 years combined with an innovative technology.

Beer and vodka always were the two first choices of Estonians, when thinking about alcoholic drinks, at least author of Estonian tastes and traditions claims that. Estonians have brewed their own beer for centuries, considering it a source of nutrients, vitamins and energy. Moreover, families continue to homebrew for holidays and special occasions.

While locals are familiar with brewing and may have their own opinions about preferred quality and taste, Saku Olletehas, being largest and oldest brewery in Estonia, must keep their refined tastes satisfied. And it keeps: per year brewery produces 100 million liters of beer; of which lion’s share is consumed in Estonia, but almost half of all the production is exported. Saku mostly offers lagers a preferred drink in this part of Europe. But there is choice of bock, pilsner, porter and craft tastes as well.

Using the benefits of being in the international family of breweries, Saku also enjoys advantages of being local. Estonian brewery is familiar with market conditions; moreover, everywhere consumers tend to discriminate foreign brands in favor of local names. And given its long history, the brand Saku is familiar to every single Estonian.

An average 82,2 liters of beer per capita of adults (2017) is consumed in Estonia yearly. Scandinavian tourists also have their added share in these statistics amounting in the past years to approximately 1/3rd of overall consumption. However, sales on Estonia’s northern border heavily depend on alcohol excise duty rates. The high rate impacted steep three-fold drop of the sales volumes in 2018.

On the other hand, company has experienced increases in product lines other than beer, such as alcoholic long drinks, cider, and nonalcoholic beverages. The fastest growing market today, in terms of volume and market share, is nonalcoholic beer which has evolved from yesterday’s 1-taste product to a range of 5-6 brews.

The process of making beer has many stages, including boiling, fermenting and bottling. The early stage is malt making; there grains are essential, let it be barley or wheat. Hop is as much important; it comes in the boiling step. The last necessary ingredient is yeast; it does its work during fermentation.

Saku uses different kind of malts Nordic barley malt, roasted caramel malt, traditional light barley malt, coffee malt. To ensure the quality needed for production volumes and given the lack of necessary supply locally, imported malt is used. Mashing, lautering, boiling and fermentation, filtering and bottling are all done in the Saku Olletehas, one of the most technologically advanced breweries in Baltic countries.

The very beginning was 1820, when local nobleman and Lord of Saku Manor Graf Karl Friedrich von Rehbinder built a distillery and a brewery on his manor on the bank of the Vääna River. Most probably the beer could have been produced in his manor before, but from 1820 there are official registry documents of the autumn’s brew. From the same year onward the beer masters of Saku have brewed good Estonian beer from the best local groundwater, malt, hops and yeast. Producers to this day claim that the core of Saku’s products is high quality water, which is “inherited” from the most recent ice age – groundwater dates back to 20-22 thousand years.

Since the end of the 19th century, Saku has been among the leading breweries in Estonia offering tens of different brands & tastes throughout the years. It’s also the oldest brewery continuously operating at the same location throughout all these years, set aside two forced stoppages in production during World Wars.

Contemporary Saku Brewery got its name from its location and historical brewery. Nowadays brewhouse complex includes a pub with a summer terrace and the Beer Museum.

Even the materials had been locally supplied and beer may had been good, manor’s brewery stayed in the shadow up to mid 19th century until the new owner came. The Baggo family introduced major innovations in the brewery in 1849. Brewhouse was turned into steam-powered industrial brewery and the beer making soon escalated. By 1880 the production capacity reached to 90 000 buckets (ca 230 000 liters).

In turn of the 20th century Saku Brewery was the forerunner in industrial development and innovation for the whole of Estonia. The first logistics “milestone” dates back to as far as 1899, when the brewery was connected to the main Tallinn market via railway instead of horse carts.

Similarly, Saku has led the marketing innovation already a century ago, when in the 1930s the brewery advertised itself with a banner from the airplane. At the time very few people had seen an airplane at all!

Recent marketing achievement of Saku is one of the longest running Christmas ad in the world – a close-up of heartwarming snowfall, which gradually transforms into a glass full of bubbling Saku beer. It has been continuously on air for over 15 years.

After WWII Estonia was forcibly incorporated into the Soviet Union and all private initiative was suppressed.

Nevertheless, the innovative minds at Saku didn’t forget their past and the brewery was a beacon for all the vast empire behind Iron Curtain. For example, at a rare exhibition of Western technology in Moscow in the 1970s, a new type of whirlpooling tank from West Germany was showcased. The engineers from Saku Brewery didn’t waste the opportunity, purchased a tapeline and carefully measured the “Western wonder” to copy this new machine’s dimensions exactly.

As Soviet empire collapsed, new era began. Through the joint venture with Finnish Hartwall and Swedish Pripps Western technology, product development and marketing was brought to the newly independent Estonia.

Novelties from Saku were kept coming to the market, where beer was for 50 years linked to sticky bottles and unclear consistence. Also the market discovered cider, another product of Saku.

Over the years various new automations have been adopted in the brewery. Most recent is the construction of a semi-automatic warehousing system (in 2015-17) on the basis of robotic conveyor belts, in which the company invested two million Euros. As the result, the enterprise has doubled its warehousing capacity and has significantly improved the occupational safety level.

Saku Brewery has also implemented a new warehousing management system, which allows the height of warehouse buildings and the depth of shelves to be used efficiently. In addition to the improvement of efficiency, the level of occupational safety has increased because the realtime ordering system makes pallet movement smoother and safer. What should also be noted is the environmental aspect as the new system has contributed to a decrease in traffic on the premises of the plant and in Saku town.

High standards as well as emphasis on business responsibly are reflected by titles: Saku is the owner of Estonian CSR (Corporate Social Responsibility) Index Silver Award, being a single company in the brewing sector honored with this title. 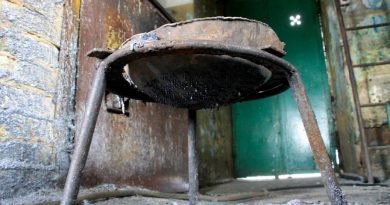 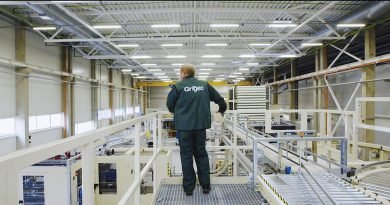 Okuma to present novelties for the mould and die industry 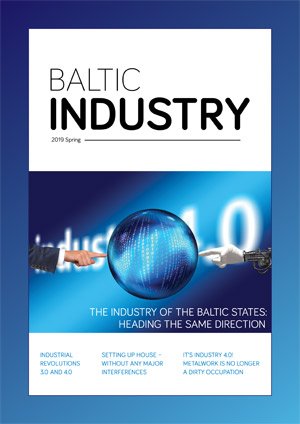