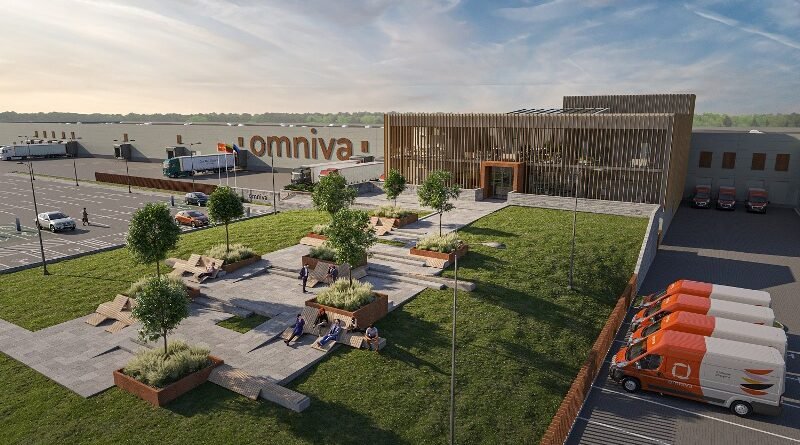 According to Simonas Bielskis, CEO of Omniva LT, one of the most prominent prevailing trends is the customer’s desire to receive the shipment as soon as possible. Logistics solutions are particularly important: the Estonian capital company announces it delivers 95 percent of parcels within one working day after the parcel reaches the company.

“Customers increasingly shop online and their expectations are rising. Since the delivery of parcels becomes more closely connected with the customer’s shopping experience, parcel delivery companies are starting to play an increasingly important role”

Delivery within a few hours or the same day is gradually gaining popularity in the market, but this service represents a relatively small part of the market. First of all, faster delivery is often significantly more expensive for the customer and requires a lot of additional resources, such as more employees, longer working hours, longer shifts.

“Not all of e-stores or logistics companies are able to meet such expectations. It is much more difficult to ensure same-day delivery when, for example, the warehouse is in Vilnius and the recipient is at the seaside. Companies that have their warehouses in several cities are more capable,” S. Bielskis explains.

The customers’ desire to receive as many services as possible from one source can also be defined as a trend. “We have been providing our customers with a return service for some time, and almost a year ago we also introduced an international shipment service: business and private customers can send shipments all over the world,” says the manager of Omniva LT.

Kaunas as a best choice

At the beginning of July, Omniva LT announced that it would invest over 40 million euros to the most modern parcel sorting terminal in the Baltic countries. Construction in the Kaunas Free Economic Zone (LEZ) and the sorting technology installed in the terminal is the company’s record investment during the entire period of operation in Lithuania, as well as the largest investment of the entire Omniva group operating in the Baltic States.

“Lithuania is the closest Baltic state to the Western countries, to and from which most international shipments travel, so the location will help to make processes more efficient both in Lithuania and the Baltic States. Being almost in the very center of Lithuania, Kaunas is the most convenient point in the means of transport and communication, while the free economic zone (FEZ) determines more favorable conditions for the realization of investment”, S. Bielskis commented on the choice of location.

Where the millions go

The parcel delivery company purchased the plot in Kaunas FEZ for 3.5 million Eur. Construction of the terminal will cost about 25 million, another 10 million Eur is allocated to the Equinox parcel sorting line.

At the moment, the company is still negotiating with potential contractors, so more precise information about the construction progress will be revealed later. The estimated area of ​​the terminal building is 21 thousand. sq. m. – equal to three football stadiums. In addition, it will be possible to increase the terminal area by up to 50% in the future. During the implementation of the project, a lot of attention will be paid to sustainability, it is already known that a solar power plant will be installed on the roof of the terminal, and the employee parking lot will be adapted for electric cars.

The Equinox parcel sorting line will become the central axis of the new terminal. This is the most modern sorting line in today’s international market, which can automatically sort up to a third of a million shipments per day. The total capacity of the parcel sorting terminal will reach up to 15 thousand of sorted parcels per hour. “This sorting line will help to streamline and optimize business processes, thereby improving the quality of the services provided and expanding their availability,” S. Bielskis commented on the chosen automation solution.

When we talk about the construction and fitting out of industrial buildings today, we also talk about employee well-being. Favorable working conditions in warehouses and factories helps to find and retain employees.

The head of the Omniva LT assures that the employees of the company will feel the added value of the terminal. The Kaunas LEZ has leased an area of ​​9 ha, which will be used for the convenience of employees.

“The terminal will have a contemporary, modern and comfortable environment, designed to meet the needs of employees. Automated processes will significantly facilitate the work of colleagues, at the same time enabling some of them to expand their competences and qualifications. In addition, once the project is implemented, the administration staff who have been working in a separate office in Kaunas until now will also move here,” S. Bielskis explained the plans.

Omniva LT does not plan any additional hiring. During 2021, the company hired more than 100 new employees. The company’s wage fund increased by 31 percent and reached 8.6 million EUR last year. The completion of the construction of the new terminal with an automated parcel sorting line is expected in the first quarter of 2024. 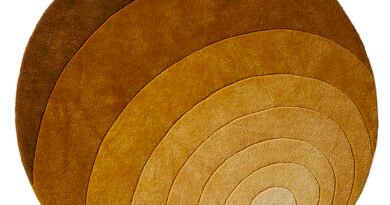 Verpan at 3 Days of Design 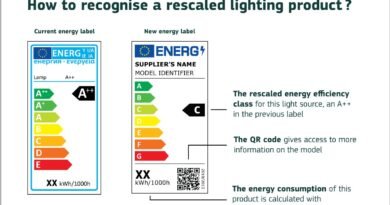 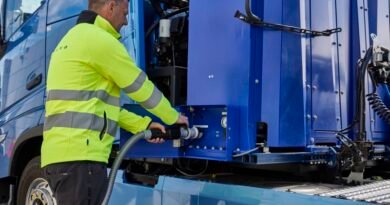