It sounds incredible today that plastic was invented to reduce the use of natural resources – wood, rock and metal. No one predicted that the plastic revolution of the 1950s would cause irreparable damage to nature a century later. However, one of the reasons behind the mass consumption of plastics is difficulty to find sustainable alternatives with similar properties. The latest discoveries by startups and science labs give hope that environmentally friendly and commercially successful plastic alternatives are about to be developed.

Durability, easy adaptability and low production costs are the main properties of plastic, which is why we use it in almost every step. We pour drinking water into plastic bottles, store food in plastic containers, wear polyester and nylon clothing, and use plastic tools and accessories in household, medical and industrial applications.

Only 9 percent of plastic waste we generated from 1950 to 2015 was recycled. Other plastic waste ended up in landfills or reached the oceans by rivers. Most of this plastic was made from oil. The molecular structure of these products determine their slow degradation; it takes up to few centuries.

Bioplastics break down in a matter of months, but this requires an industrial approach

Bioplastics, meanwhile, are made from renewable resources. Although most of these new types of “plastic” have the same molecular structure as petroleum-derived plastics, their polymers naturally decompose at composting sites. Bioplastics are no cause of pollution, so manufacturers believe that this type of plastic can become a cornerstone of the circular economy.

“However, this does not mean that bioplastic packaging can be left in nature like an apple core. The truth is that biodegradable plastics require higher temperatures to decompose, in nature that would take much longer. Thus, decomposition can usually only be done industrially or in industrial composting plants where the temperature of the plastic is raised at least to 50 degrees. If bioplastics end up in the ocean, its harm will be equal to oil-based plastics.

The by-product in the olive oil extraction and pitted table olive industries are olive stones. They can become a raw material for bioplastics. Turkish start-up Biolive creates bioplastic granules from olive seeds, the granules break down in one year. The active ingredient in this bioplastic is oleuropein, a polyphenol compound that has caught the attention of scientists because of its healing properties. A strong antioxidant gives the bioplastic durability and, when it reaches the composting stage, promotes the decomposition.

The applicability of olive pellets in production is very simple: pellets are used in production in the same way as identical petroleum products. Manufacturers of plastic do not need to change or develop new processes, it is enough to change the raw material. In addition, production costs are reduced by up to 90 percent.

The German startup Golden Compound, which produces sunflower husk pellets, makes an even stronger promise of fully degradable plastic. According to them, their “green” bioplastics are fully recyclable, even consumers can do that at home. Almost everything can be molded from sunflower husk plastic – from office furniture or storage boxes to recyclable vehicles.

For bakery packaging – bioplastic from fish waste and algae

In order to transform the widest range of organic waste possible, bioplastic manufacturers turs towards fishery waste. Great Britain alone accumulates up to 500,000 tons of fish waste a year.

The British company Marina Tex has discovered a way to create a biodegradable plastic alternative by combining fish skin and scales with red algae. It is used to make bakery and sandwich packaging.

Moreover, this plastic is stronger than conventional, and this debunks the long-standing myth that bioplastics are not durable enough. The student who created this raw material says he was inspired by the firmness and flexibility of fish skin and scales.

Reishi is one of the first brands to use mushrooms for bioplastic production. The raw material extracted from the fungus is resistant. The cellular microstructure made from the fungus replicates the collagen structure of animal skin, is water-resistant, and can completely replace leather or synthetics.

Some European luxury brands have already incorporated this raw material into their production chain. In the long run, the raw material from fungus can completely replace the so-called “vegan leather”, which, despite the name, is made of unsustainable plastic.

“Hard to say whether bioplastics will replace conventional plastics in the long run. Despite a few exceptions, the raw materials for biodegradable packaging are more expensive and the production technology more sophisticated. Production processes are not yet fully developed globally. However, new inventions appear every year, which debunk part of our original beliefs”.

The environmental expert of Gamtos ateitis conludes that bioplastics alone will not save the planet. Responsible consumers, the proper waste management, consciousness and generating less waste remain the key factors towards nature-friendly future. 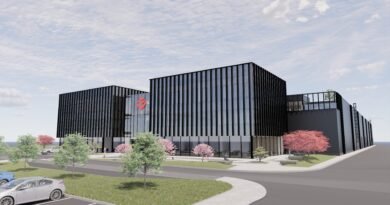 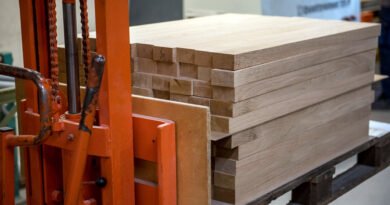 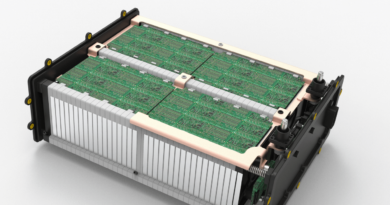