As EU leaders have recently recognised, our best chance to tackle energy prices and defund Putin’s war chest lies in speeding up the green transition. The ‘REPowerEU’ plan unveiled by the Commission on Tuesday is a good step in that direction but is still falling short of what is needed to wean ourselves off fossil fuels, the EEB says.

Russia’s military aggression in Ukraine had a tectonic effect on the course of Europe’s history, starting with its energy model.

After decades of growing dependence on Russian fossil fuel imports, Brussels has decided to make a ‘U-turn’ and present a fast-paced plan to cut the EU’s Russian gas use by two thirds this year.

Although the European Commission’s emergency proposal to end dependence on Russian gas will pave the way towards renewables in the short-term, only ambitious action in the FitFor55 policy revision this year will enable a sustainable, secure and affordable supply of energy in the long run.

“The ‘REPowerEU’ plan goes in the right direction but is a short-term solution that does not indicate how the EU will exit from its heavy dependence on fossil fuels. We should not waste this window of opportunity for setting out an exit strategy from fossil fuels. Else we shall remain locked in fossil fuels for an indefinite time while energy prices will keep skyrocketing and public money will have to make up for that. We must break this vicious circle”

“Getting rid of Russian gas while stepping up solar and wind power, energy efficiency and heat pumps are the right way forward. Swapping gas and oil providers, on the contrary, may end up with new fossil dependencies and continued  CO2 and GHG emission lock-ins. Decision-makers should negotiate an ambitious Fit-for-55 climate package with a strong social climate fund, fast track the restoration wave and target the use of recovery funds to secure our energy independence by finally fully embracing the green energy revolution”

The so-called ‘REPowerEU’ proposal launched by Von der Leyen’s Commission on Tuesday contains at least three different paths towards energy independence: one based on effective green solutions, other with some grey areas that need close attention, and a last one that will directly drive us into further fossil fuel dependencies.

The Commission’s points the right way forward to cut our dependence on Russia, which is reducing faster the use of fossil fuels in our homes, buildings, industry, and power systems, by boosting energy efficiency, increasing renewables and electrification.

Under this new strategic orientation, the EU capitals must follow the Commission’s call to boost the Fit for 55 proposals with higher or earlier targets for renewable energy and energy efficiency.

It is significant to increase the instalment of solar panels on the roofs of houses, businesses, and farms, while doubling the installation rate of heat pumps over the next 5 years. Refurbishing buildings to reduce their energy demand, electrifying heating and making the most of renewable energy with photovoltaic and solar thermal panels will be indeed the most important step to break away from fossil gas in Europe.

“10 million heat pumps will be installed in the next five years. This is a highly welcomed signal for the market but a better one would be to completely ban gas boiler sales from 2025 in order to allow our homes to be gas-free by 2045. Moreover, these heat pumps must harvest the maximum amount of renewables by combining with PV and solar thermal roofs and must be running on climate-friendly gases: this requires the revision of the FGas regulation to accompany this historical uptake of this technology”

Since lengthy administrative procedures have been identified as one of the main obstacles for renewables deployment, the Commission’s proposal to enable faster permitting is good news for the sake of accelerating the energy transition. The ‘REPowerEurope’ plan also overestimates the role of solutions with dubious green credentials, such as ‘nuclear-based’ hydrogen and biogas, says EEB.

The Commission is aiming at a hydrogen consumption level that does not take into consideration full implementation of resource and energy efficiency in the industrial sector: much of that hydrogen might not be needed and will drive away renewable electricity that is essential elsewhere to cut gas and oil consumption directly. The emphasis on new gas infrastructure, though hydrogen-ready, raises concerns of likely stranded assets.

When it comes to biogas, the sustainable potential in terms of quantity is highly contested, and the Commission’s proposed target, to roughly multiply current production by 10 in less than a decade, brings significant risks. Boosting biogas production could:

“Boosting biogas production will exacerbate the competition for land between food, feed, and fuel, as most biogas plants cannot run only on waste, and require additional energy crops as feedstock. Of all the cereal crops used in Europe, 59% is used to feed animals, only 24% is used to feed people, and just around 15% for biofuels. Multiplying our production of biogas tenfold by 2030, given our reliance on Ukrainian and Russian cereals and oilseeds, seems a highly risky step”

The Commission cannot talk about a massive deployment of renewable solutions and at the same time open the door to more fossil fuel subsidies in the ‘REPowerEU’ proposal.

Inevitably, the loosening of state aid rules under the Emissions Trading Scheme Directive to support energy-intensive industries and of aid to farmers may lead to further subsidies for fossil fuels for a long and imprecise period of time. 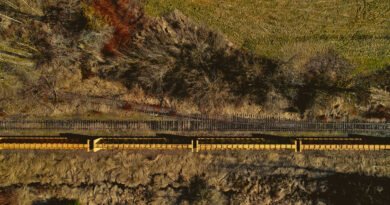 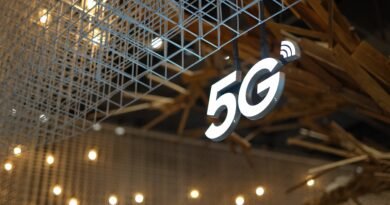