When a company wants to reset its emissions covering the entire value chain in fifteen years, every stone needs to be turned to reduce emissions. Clearing the carbon footprint of IT equipment with Atea and Lenovo is part of Saint-Gobain journey to carbon neutrality.

The company, which designs, manufactures and supplies building materials, together with their IT service providers Atea and Lenovo, determined the carbon footprint of their terminals. The report is part of Saint-Gobain Finland’s path to carbon neutrality by 2035.

The idea of ​​how an IT unit can contribute to reducing its carbon footprint started with a vision of a life cycle model. The companies decided to first calculate the current carbon footprint of the equipment base and develop a lifecycle model to put it into practice.

“When talking about emissions, it is often forgotten how long a chain is created in the manufacture of a device. We wanted to involve the entire value chain of IT equipment from the manufacture of the laptop to the end of its life cycle”, says Hans Kanerva, responsible for IT end-user services at Saint-Gobain.

Together, companies also want to set an example and encourage others to take action.

“The Nordic countries and Finland are in a class of their own in sustainable construction. While keeping ourselves on track to carbon neutrality, we will hopefully be able to encourage others as well”, says Anne Kaiser, Sustainability Manager at Saint-Gobain Finland and Weber Nordic.

The carbon footprint of every phone and computer is known

Based on the calculation, Saint-Gobain’s computers and phones currently have a combined carbon footprint of 550,000 pounds. By comparison, the average Finn’s annual emissions are 10,000-11,000 kilos.

At the current calculation limit, emissions from IT equipment correspond to 0.3 per cent of Saint-Gobain Finland’s total emissions, and are comparable in size to emissions from business travel and travel between home and work.

“The next step is to create a plan to reduce emissions in the future. For example, there are plans to set internal standards for the carbon footprint of new equipment”, Hans Kanerva says.

The IT equipment, i.e. computers and telephones, included in Saint-Gobain’s carbon footprint calculation at this stage are a fraction of the whole, but work continues. Once the baseline is known, it can be used to make a plan for reducing emissions.

There are several ways to reduce the carbon footprint of IT equipment: The life cycle of old equipment can be extended, equipment can be recycled or a new device with the lowest possible emissions can be purchased.

“At present, about 10% of Saint-Gobain’s total equipment is recycled each year, i.e. about half of the equipment at the end of its life cycle is recycled. The goal is to double the number of recyclable devices and expand recycling to monitors and printers, among other things”, Hans Kanerva says.

Saint-Gobain has an average cycle of four years to replace computers. The life cycle of desktop computers is 5-7 years. A sufficiently fast rotation of the equipment base is important for data security. The device to be removed from Saint-Gobain ends up being recycled through Lenovo.

“Some of the computers that are being decommissioned are given new life, for example in the use of a hospital or school, which means that there are also social benefits”, Hans Kanerva says.

If a new user cannot be safely found for the device, it will end up in material recycling. Up to 98 percent of device parts end up as recycled material. Reusing valuable materials saves virgin resources. 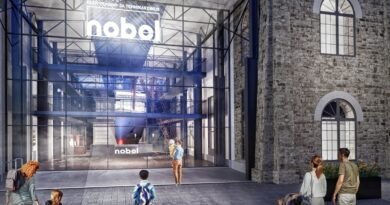 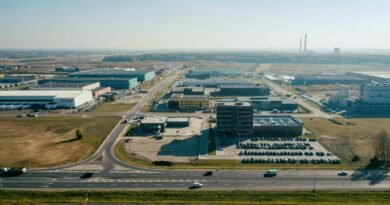 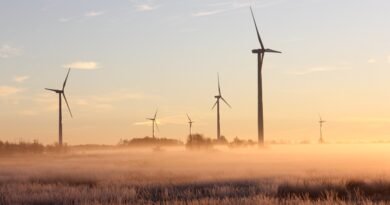 Production of ecological products will be encouraged by public procurement