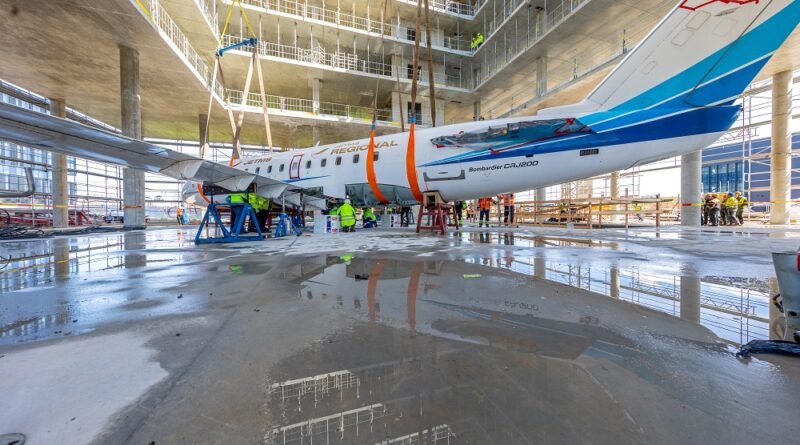 Sometimes a unique idea is born, and this is one of those cases. VA Reals together with 2 Bricks Architects became the first ones in the world to ‘land’ a real jet inside an office building.

VA Reals, a real estate management company with an extensive experience in the market, has been a part of many incredible projects, but this idea might just take the cake. The company has planned and is in the midst of building a one-of-a-kind architectural piece – an office building with an actual aircraft in the middle of it. The building is being constructed in Vilnius, Lithuania, across the street from the modern Avia Solutions Group’s Representative Office, and will open its doors at the end of the year.

The new office building will be a part of Avia Solutions Group’s planned AeroCity – a modern cluster of aviation companies, which will bring together aviation professionals, enthusiasts and public. Out of close to 100 locations where the group has offices or production sites, they chose Vilnius, Lithuania, to create AeroCity. “It is a place where business, science, culture and people meet in one beautiful harmony”, explained Justas Baltaduonis, Head of Construction Management at VA Reals.

Back in 2019, there were plans to incorporate an aircraft replica to the interior design of Avia Solutions Group’s Representative office. “The idea was to put a 3D printed Boeing 747 aircraft model, 1:200 scale. But after a lot of discussions, it was decided that why should we settle with a model when we could have the real deal. So, the plans to design a building with an actual Bombardier CRJ 200 business jet inside were made,” said J. Baltaduonis.

“One of the main challenges our team faced was deciding how to go about the project. The first option, easier to implement, was to build flooring, transport the aircraft to the area and then to raise the building walls. But it would have created some additional dangers – accidents happen and the jet could be damaged during the construction process. We could not allow this to happen.

“This project is truly unique. The eight floor construction is cube-shaped, with a large atrium in the centre of the building,” comments Vytautas Augustinavičius, CEO at 2 Bricks Architects. “While such design is impressive, it is not as economical – there is a lot of open space that could be used for offices. But it was decided that the focus of this project is interesting design and creative interior choices, so some useful space had to be sacrificed. Offices are designed around the perimeter of the atrium, making the first floor a ‘square under a roof’. It is going to be a spacious, light, 8-meter tall, 500 square meter area with glass walls, minimal structures and a Bombardier CRJ 200 jet in the middle of it.”

Due to the fact that the aircraft on the first floor had to be visible from the outside, extensive research and calculations were made to allow for fully glass walls on all four sides of the building. The construction’s roof will also be made of glass, allowing for a lot of natural, soft light to illuminate the space.

To create a luxurious atmosphere, only high-quality earth-tone materials will be used to create the interior of the building – black and white Carrara marble, highest quality flooring. Design is planned to be modern, minimalist, clean, to ensure that the attention falls on the most impressive feature of the construction – Bombardier jet.

Magnetic space for the city

The new construction, where Avia Solutions Group’s NewTech’s Valley of Innovation and Technology will be based at, is expected to become a popular place of attraction for both residents and guests of Vilnius. The area will be open for visitors, there will be dedicated public spaces, commercial premises and even an Italian restaurant to ensure that guests can have great time.

“This is an exciting unparalleled architectural project. Nowhere else in the world will you find another office building that incorporates a real aircraft into its design,” said Justas Baltaduonis. “We believe that thanks to this non-traditional element, the second office building of Avia Solutions Group will become a favourite place for Vilnius residents and city guests. Paris has the Eiffel Tower, London – Big Ben, and by the end of 2021, Vilnius will have an airplane in the office that everyone can enjoy.” 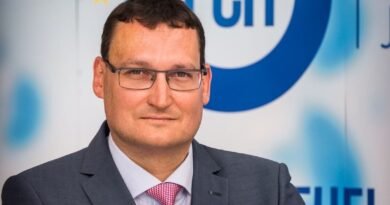 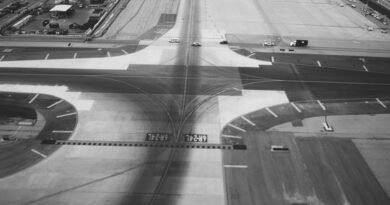