Every year the European Forum of Industrial Biotechnology and Bioeconomy EFIB travels around European cities. The fifteenth forum will be held in Vilnius, the capital of Lithuania, next October. This was announced by the organizer of the European Association of Biotechnology Industries “EuropaBio” during the event in Vienna.

“I am delighted that next year EFIB will take place for the first time in Lithuania, a growing European life sciences country with not only a hospitable and value-creating life sciences ecosystem, but also highly qualified and motivated talent pool”

After hearing the news announced in Vienna, Deputy Minister of Economics and Innovation Jovita Neliupšienė noted that Vilnius competed with Helsinki for the venue and that the 15th largest European industrial biotechnology and bioeconomy event in Vilnius is an assessment of both the city’s attractiveness and Lithuanian life sciences potential.

“The Lithuanian life sciences sector is a rapidly growing and is a priority sector of the Lithuanian economy. In 2019 it generated about 2.9% of the country’s GDP, and the strategic goal for 2030 is to reach 5% of GDP and become one of the leading countries in Central and Eastern Europe in this field. The fact that next year industry leaders, top managers, policy makers, scientists will discuss the directions of European biotechnology development in Vilnius, Lithuania, will undoubtedly benefit for the greater awareness of our country’s life sciences sector”.

The partners of the event in Lithuania are the Lithuanian Biotechnology Association, Vilnius Tourism and Business Development Agency Go Vilnius, Export and Entrepreneurship Development Agency Versli Lietuva, who also hope that attracting EFIB to Lithuania will contribute to the growth of the sector.

“The community of biotechnology industry and city and national institutions have shown unprecedented unity, perseverance and determination. What was achieved together, revealing both the strengths of the industry and the strengths of the city, undoubtedly impressed the organizers of the event. The efforts of the people and organizations involved determined that Vilnius defeated other cities and we had the honor of hosting such an important event”

According to Agnė Vaitkevičienė, Executive Director of the Lithuanian Biotechnology Association, the rapidly growing Lithuanian biotechnology sector is becoming a new attraction in Europe, creating important technological solutions for the development of a sustainable economy.

EFIB attracts the largest and most innovative European bio-based companies, promotes changes in regulatory processes and provides a platform for strategic discussions with national and EU leaders. We hope that the active participation of Lithuanian companies, researchers and the state will contribute to the development of the Lithuanian biotechnology sector and become a significant part in the creation of European bioindustry value chains

Daina Kleponė, General Director of Enterprise Lithuania, notes that the Lithuanian life sciences sector is growing the fastest in the European Union – by 16 percent each year. Furthermore, exports make a significant contribution to the growth: it increased by 62 percent in 2020.

“Our experience in organizing one of the most important life sciences events in the Central European region, Life Sciences Baltics, shows that the events act as a platform that brings together business, science and politicians, which accelerates both commercial and political decisions. Therefore, we are very happy that during the EFIB forum in Vilnius next year we will be able to show Lithuania as a high-level research and development center, one of the most attractive places for biotechnology development and birthplace for the rapidly growing community of start-ups in the sector”

More about EFIB and EuropaBio

EFIB, the European Industrial Biotechnology and Bioeconomy Forum, is one of the most important industrial biotechnology and bioeconomy events in Europe. Every year, the event, which travels around European cities, presents the latest biotechnology trends and forecasts. Industry leaders and innovative technology start-ups meet here. Top executives, policy makers, researchers and other participants discuss European biotechnology developments and strategies. 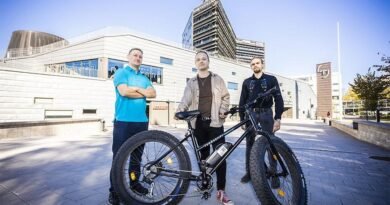 New method to detect batteries that can be safely reused 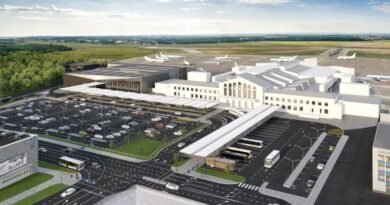 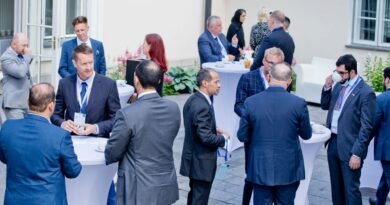